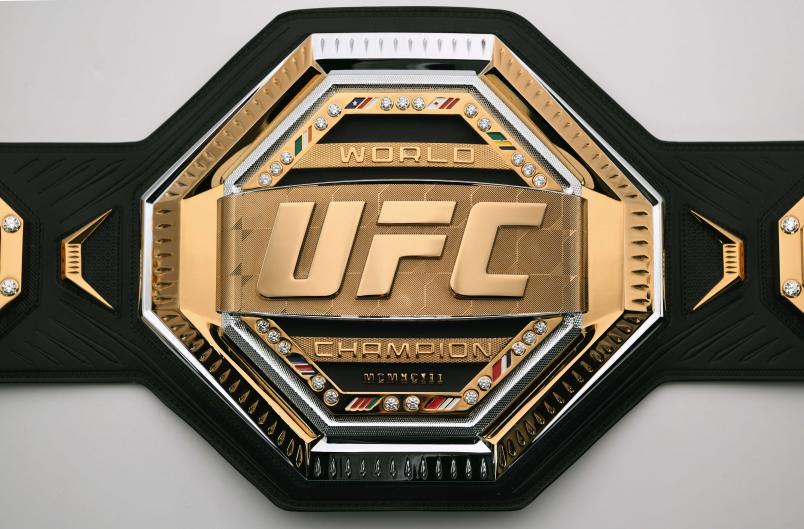 The 25 stones represent 25 Years of UFC.

The UFC logo in the middle is made of high-polished gold.

The pattern underneath the logo is comprised of octagons and squares. 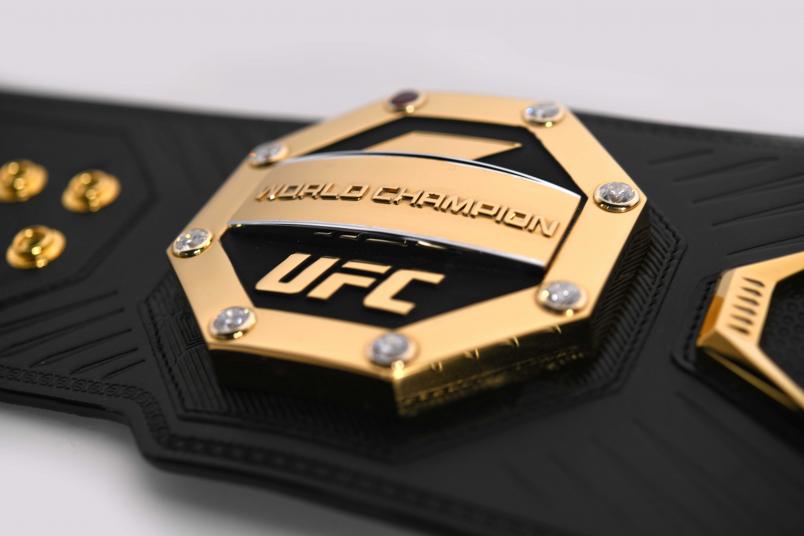 Customized for every fighter

Each champion’s belt will be customized with his/her name and weight class.

The country the champion represents will be showcased with flag iconography.

Eight stones border the plate. For each victory in a championship bout, one of the stones will be replaced with a red stone. The date and location of the win will be engraved adjacent to the stone.

A champion may have more than one belt only if he/she holds titles in multiple weight classes. 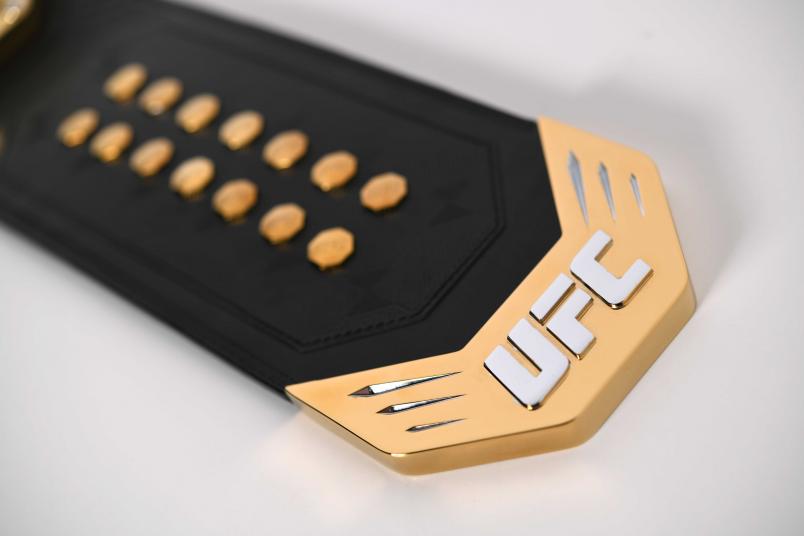 Eight stones border the plate. In the event a champion has more than eight championship victories, red stones will continue to represent wins on the right plate.

A custom octagon pattern is embossed on the trim.

Gold button snaps are octagonal, and each showcases the UFC logo.

The women’s championship belt is designed to be slightly smaller. It is identical to the men’s belt in every other detail.

Each belt comes with a plate on the backside with a unique serial number assigned to the specific champion. UFC President Dana White’s engraved signature is also included for authenticity.

Each defense of the belt in the specified weight class earns an additional ruby to be added to the athlete’s belt. Defenses and wins prior to January 19th, 2019 will not be added to the new belt – only wins starting on and after that date will be recognized on the UFC Legacy Championship belt.

Now you too can carry the UFC Legacy Championship Replica Belt. The UFC Legacy Championship Replica Belt showcases elements that are a tribute to the history of UFC; 25 stones surround the center plate to represent the 25 years of UFC, 8 country flags honor the first 8 countries to have a Champion and Roman numerals represent UFC’s inaugural year, 1993. Own a piece of UFC History without having to step into the Octagon!