Stepping up on short notice for a UFC fight is no easy task, but Viviane Araujo made it look like it was when she jumped in on fight week to knock out Talita Bernardo in May. Two months later, she was beating veteran contender Alexis Davis. And though she lost her final bout of the year via decision to Jessica Eye, there’s no question that the No. 5-ranked Araujo will be in the flyweight mix in 2020. 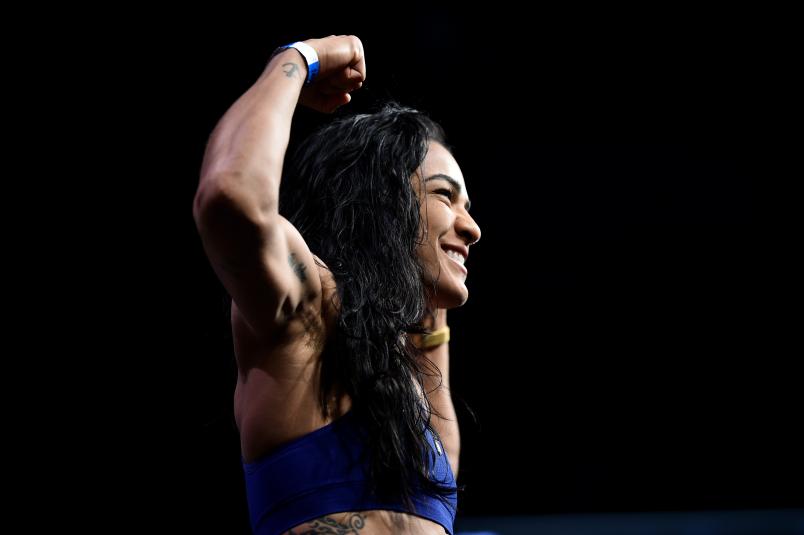 Viviane Araujo of Brazil poses on the scale during the UFC 245 Weigh-Ins at T-Mobile Arena on December 13, 2019 in Las Vegas, Nevada. (Photo by Chris Unger/Zuffa LLC via Getty Images)
9 - Greg Hardy

Former NFL star Greg Hardy made plenty of headlines in 2019, some not always great (his DQ against Allen Crowder and NC against Ben Sosoli come to mind), but he stepped up and fought – a lot. Five times Hardy made the walk to the Octagon, and while the 2-2, 1 NC isn’t spectacular, he is learning on the job in the toughest promotion in the world while showing flashes of serious potential. 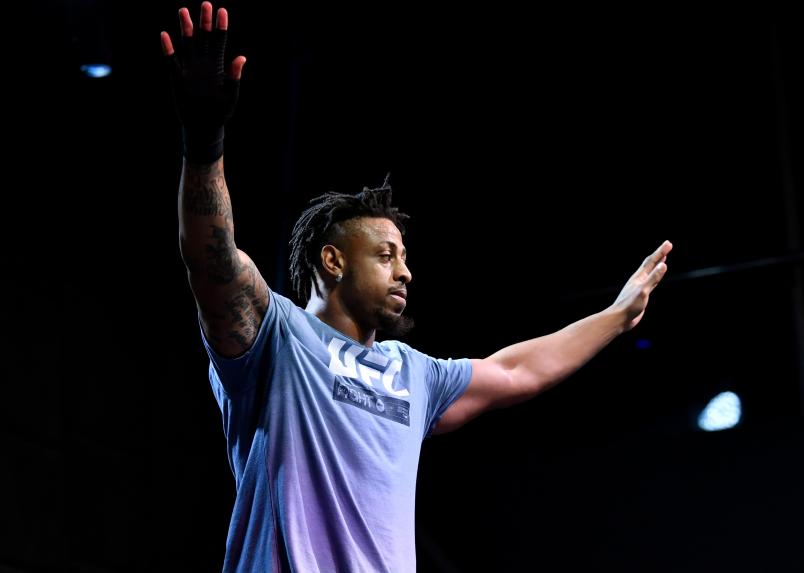 Already in the bantamweight top 15, Casey Kenney didn’t get to the Octagon after losing on the Contender Series to Adam Antolin in 2017. Instead, he went back to the regional circuit and won four straight in the LFA, earning him a call to the UFC. It was a well-deserved call and Kenney proved he belonged in 2019 with wins over Ray Borg and Manny Bermudez. 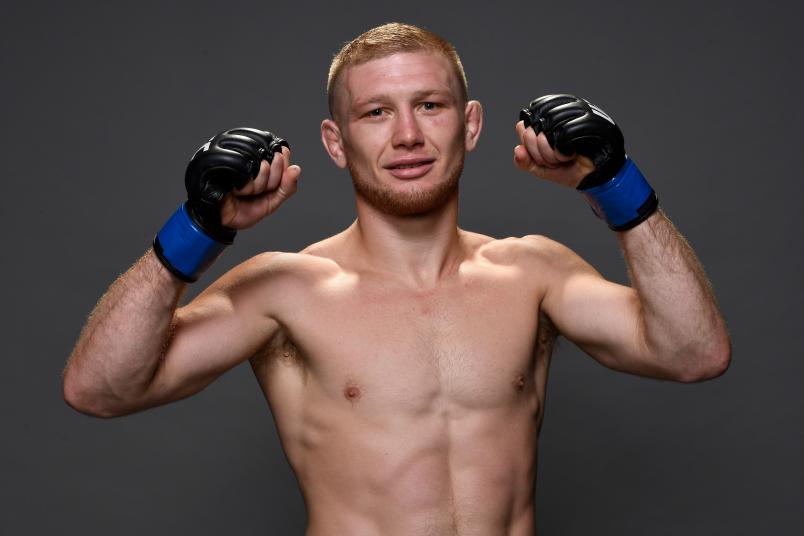 Casey Kenney poses for a portrait backstage during the UFC 241 event at the Honda Center on August 17, 2019 in Anaheim, California. (Photo by Mike Roach/Zuffa LLC via Getty Images)
7 - Makhmud Muradov

Currently sporting a 13-fight winning streak, Makhmud Muradov brought plenty of high hopes and experience into the Octagon in 2019, and once the gate shut in his two UFC bouts, he showed why eyes are on the 29-year-old middleweight. Defeating Alessio Di Chirico with a disciplined attack in September, Muradov put on a striking clinic before delivering a highlight reel knockout of Trevor Smith earlier this month. 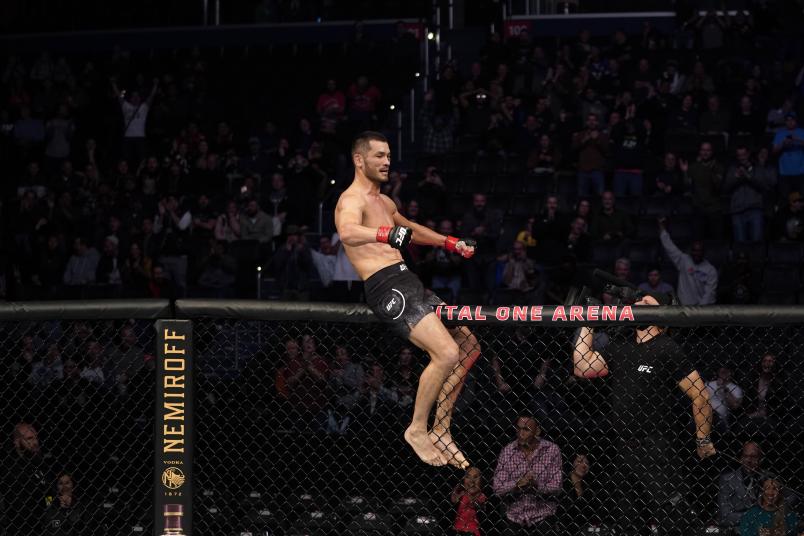 Makhmud Muradov of Uzbekistan celebrates his KO victory over Trevor Smith in their middleweight bout during the UFC Fight Night event at Capital One Arena on December 07, 2019 in Washington, DC. (Photo by Jeff Bottari/Zuffa LLC via Getty Images)
6 - Ismail Naurdiev

Just 23 years old, Ismail Naurdiev put together a 3-1 slate in 2019, with three of those bouts coming in the UFC. And while he was upset by Chance Rencountre in July, the wins that sandwiched that defeat more than made up for that setback, as “The Austrian Wonderboy” defeated veteran standouts Michel Prazeres and Siyar Bahadurzada. 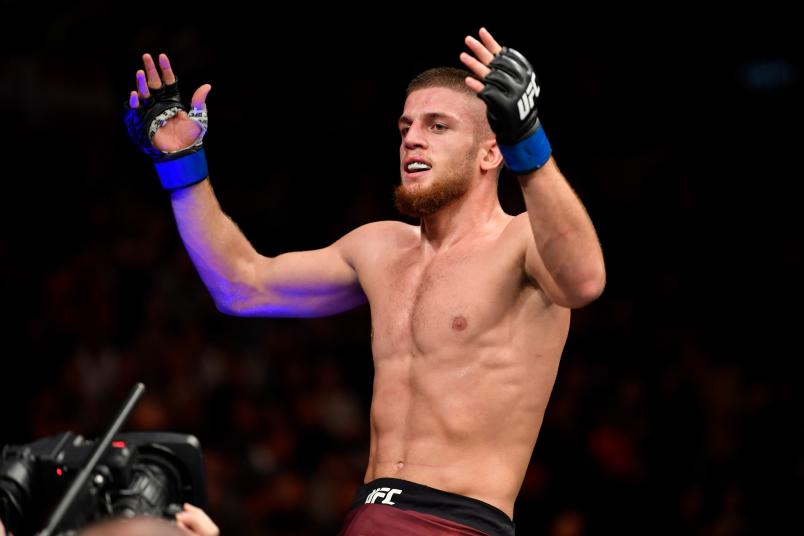 Ismail Naurdiev of Austria celebrates his victory over Siyar Bahadurzada of Afghanistan in their welterweight bout during the UFC Fight Night event at Royal Arena on September 28, 2019 in Copenhagen, Denmark. (Photo by Jeff Bottari/Zuffa LLC via Getty Ima
5 - Kron Gracie

The hype leading up to Kron Gracie’s UFC debut had to put enormous pressure on the featherweight’s shoulders, but hey, he’s a Gracie, so that’s something he’s dealt with his whole life. And when the Octagon door shut, Gracie delivered in that debut with a submission win over Alex Caceres, and then he impressed with his heart and ability to deal with a fight that didn’t end up on the mat when he battled Cub Swanson in a Fight of the Night scrap in October. 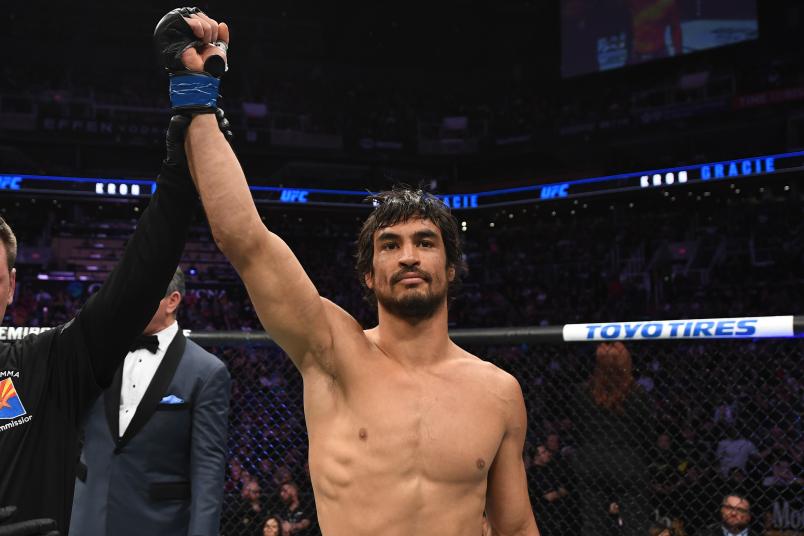 Another fighter who saw an ultimately dismissed USADA case stall his UFC debut, Dana White’s Contender Series graduate Grant Dawson impressed in his first two trips to the Octagon, where he decisioned Julian Erosa and submitted Michael Trizano. In 2020, expect to see the 14-1 featherweight make even more noise. 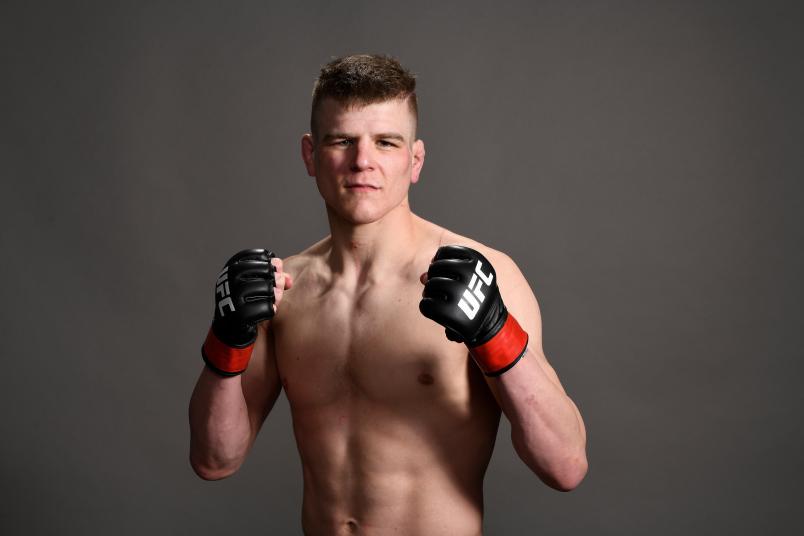 Originally scheduled to make her UFC debut in 2017, a USADA suspension put Amanda Ribas on the sidelines, but when that suspension was terminated after it was determined that the test was due to a contaminated supplement, the Brazilian was free to compete again, and she made up for lost time with a pair of impressive wins over Emily Whitmire and Mackenzie Dern that put her in the strawweight top 15 and set the stage for a high-profile March meeting with Paige VanZant. 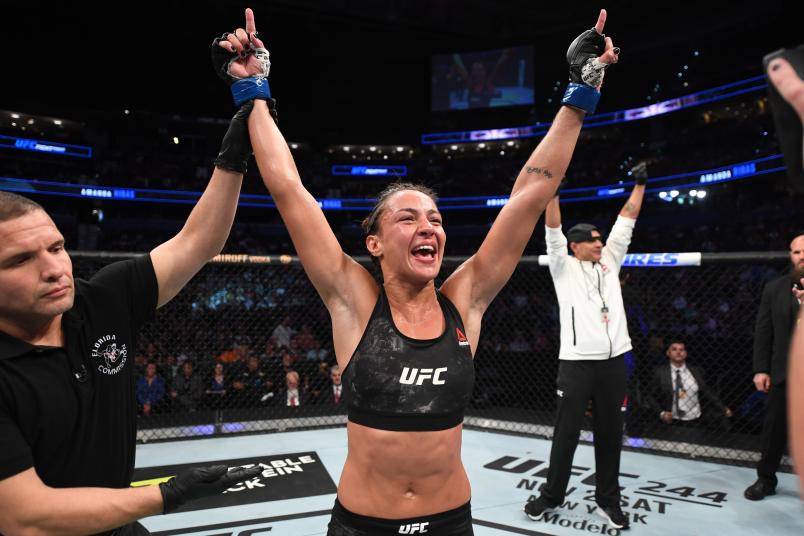 Amanda Ribas of Brazil celebrates her victory over Mackenzie Dern in their women's strawweight bout during the UFC Fight Night event at Amalie Arena on October 12, 2019 in Tampa, Florida. (Photo by Josh Hedges/Zuffa LLC via Getty Images)
2 - Ciryl Gane

France’s Ciryl Gane made his pro MMA debut in August 2018. A year and eight days later he was in the UFC, earning the first of three Octagon victories over Raphael Pessoa. Wins over Don’Tale Mayes and Tanner Boser followed, and now the unbeaten 29-year-old is ranked 15th in the heavyweight division. 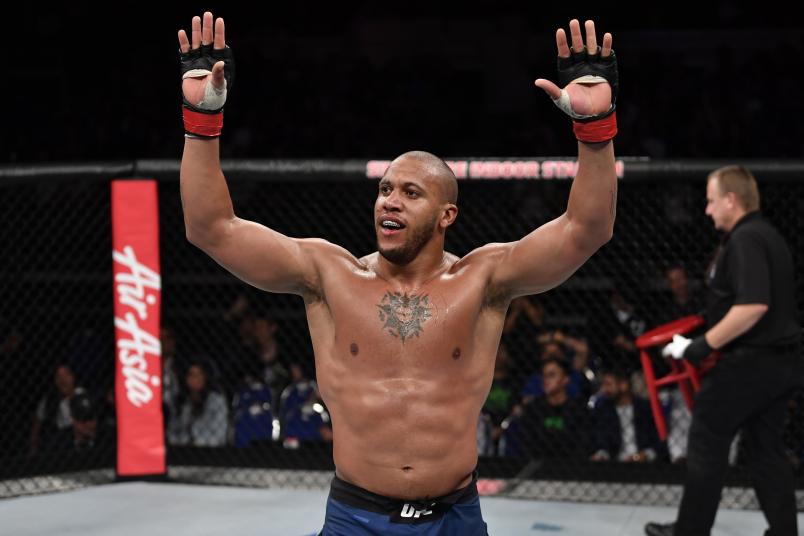 Ciryl Gane of France celebrates his submission victory over Don'Tale Mayes in their heavyweight bout during the UFC Fight Night event at Singapore Indoor Stadium on October 26, 2019 in Singapore. (Photo by Jeff Bottari/Zuffa LLC via Getty Images)
1 - Jairzinho Rozenstruik

While it was tough to pick just ten UFC rookies for 2019’s list, picking the winner as Best Newcomer of the Year was easy. Relatively unknown as the year began, Suriname’s Jairzinho Rozenstruik ended 2019 with a 4-0 UFC record and a top five ranking in the heavyweight division. All four of those wins over Junior Albini, Allen Crowder, Andrei Arlovski and Alistair Overeem ended by knockout, making “Bigi Boy” as popular with the fans as he was effective on fight night. 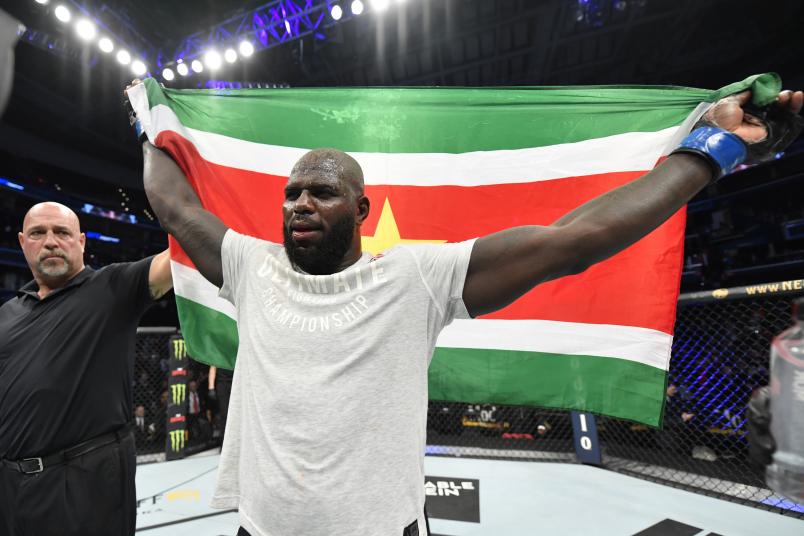 Jairzinho Rozenstruik of Suriname celebrates his KO victory over Alistair Overeem of Netherlands in their heavyweight bout during the UFC Fight Night event at Capital One Arena on December 07, 2019 in Washington, DC. (Photo by Jeff Bottari/Zuffa LLC via G
Тэги
lists