“My first fights, everything was hard,” said the 34-year-old contender. “Up until my fight in Japan (against Junya Kodo in 2008), I was wearing underwear that I bought at Target to fight in. (Laughs) I didn’t have anything printed on them or anything. I would literally buy compression underwear and use them.”

There were no Reebok deals, no bright lights, no national television exposure. It was Benavidez and his peers largely fighting for the love of the game on the regional circuit as the MMA explosion of 2005 was still starting to take hold on the United States and the world.

Some of the fighters competing then didn’t stay in the sport long enough to reap those future benefits. Benavidez did, and while he sees a younger generation coming into a sport that can prove to be a lucrative endeavor that is known globally, he doesn’t look sideways at such fighters who didn’t come up the way he did. 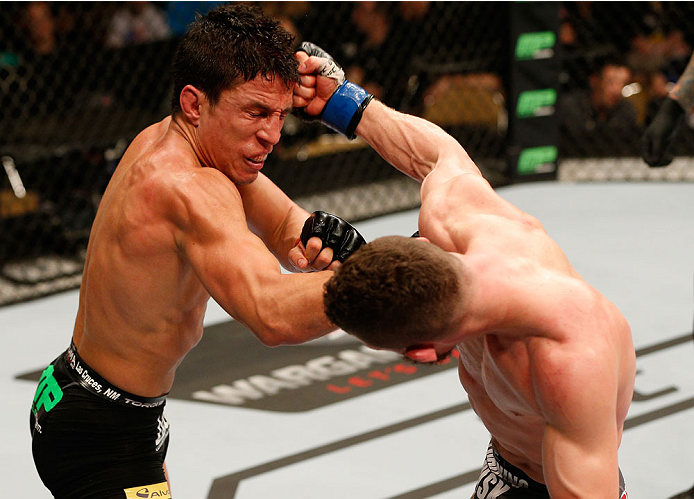 “There’s a whole generation ahead of me that missed out on a lot of the commercial stuff and the sport growing and people actually getting paid,” said Benavidez. “Obviously I’m happy the sport’s growing and more kids are doing it and it’s looked at as a legitimate sport and career. So that part’s great. The other part is that kids have a platform to be whatever they want without the consequences of someone proving them wrong because you don’t know them. Every gym, there’s guys that have three amateur fights and their own shirt and they’re promoting this and that.”

Some veterans would be bitter. Benavidez isn’t and it’s for a simple reason: the beauty of MMA is that you can have eight million Twitter followers and a boatload of sponsors, but it doesn’t mean anything if you can’t fight. In short, fighting solves everything.

“At the end of the day, longevity and consistency is gonna weed people out in this sport,” he said. “You can only fake it or be someone else for so long in this sport. You can say that you’re the baddest, but you have to go in and actually fight somebody.” 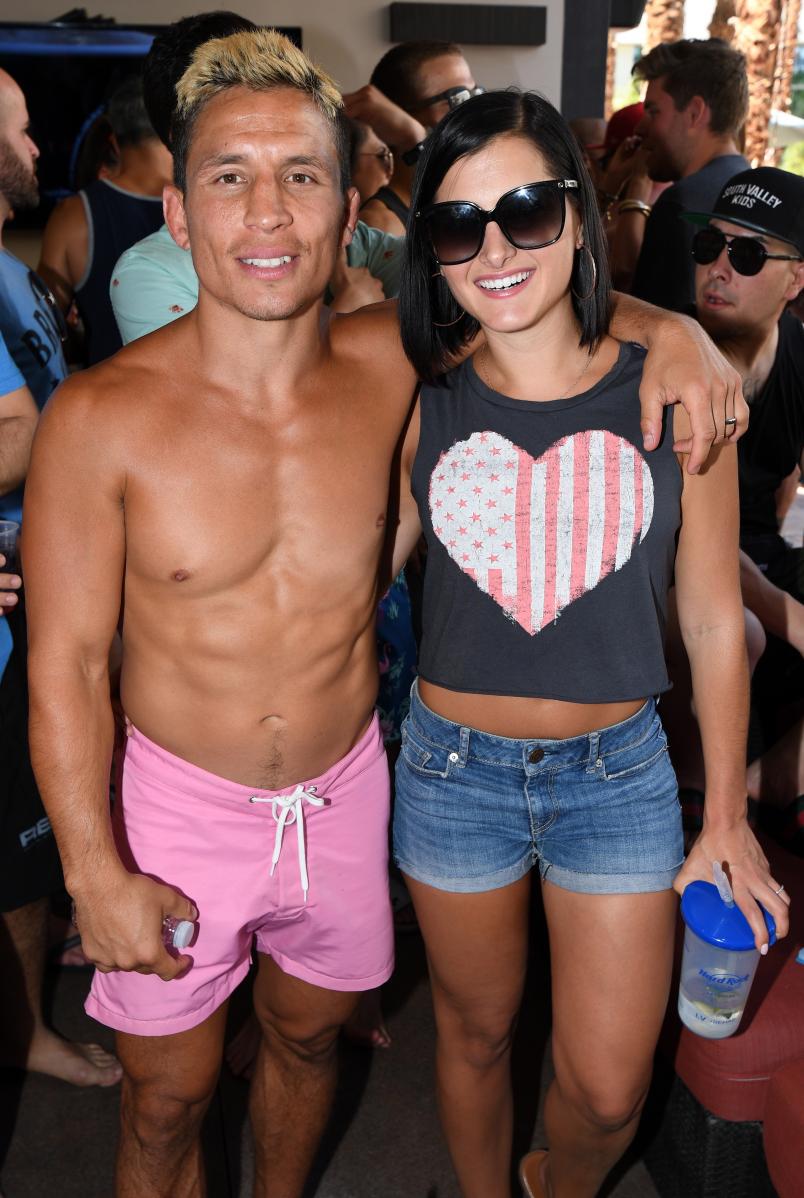 Benavidez has been doing that at the highest levels of the sport since his WEC debut almost ten years to the day from his Friday bout against Alex Perez. On that December day against Danny Martinez, Benavidez began a decade-long stint against the top bantamweights and flyweights in the game, and with wins in six of his last seven bouts, he’s as ambitious as he’s always been. And optimistic as well, as he looks for a shot at Henry Cejudo’s 125-pound crown.

“Now the champion is a guy I have a win over,” said Benavidez, who outpointed Cejudo in December 2016. “So that gives me even more confidence and more momentum moving forward. Cejudo winning that fight (against Demetrious Johnson) gave me a whole new life because say I even go out and beat (Sergio) Pettis and I have seven wins in a row, the chances of me fighting Demetrious again are still gonna take something else for it to happen. So the fact that Cejudo wins, it cleared so much stuff up and really gave a whole new life to the division. I think there’s more momentum and excitement around the division and I think the best is yet to come.”

In December 2016, Benavidez beats Cejudo in one of the best fights the flyweight division has seen. The victory was his sixth in a row, but with two losses to then-champion Demetrious Johnson, the road to a third shot at “Mighty Mouse” was a long one. 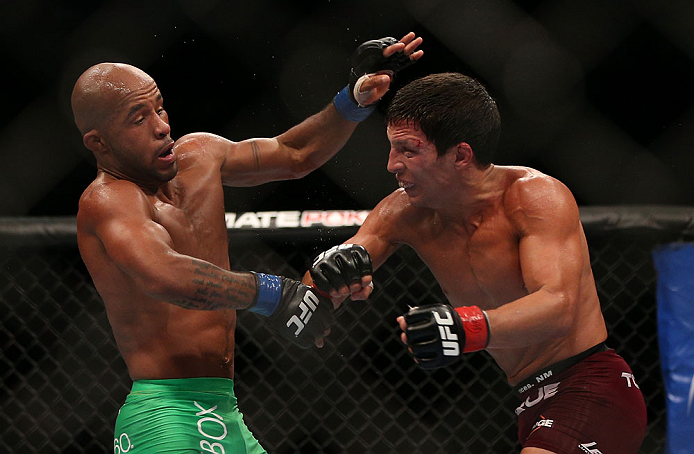 Then Benavidez went through knee surgery, sidelining him for 18 months. When he returned in June, he lost a close split decision to Sergio Pettis. Yet in August, Cejudo took the belt from Johnson, and all of a sudden, everything was new again for Benavidez, despite the fact that he was coming off a loss to Pettis, one that he – and many other observers – believe he should have won.

“It wasn’t a bad night altogether,” he said of the Pettis fight. “Physically, it was the best I ever felt, and you’ve got to look at the positive side of things in this sport, and you also can’t really dwell on things, whether good or bad. I can have the best win ever, and I have to go on to the next one. I can have the worst loss ever and I can’t dwell on that either. But it was a different experience coming back from the injury and losing a six-fight win streak. I genuinely thought I won and performed great. I look at it and I see segments in that fight where I’m like, ‘Whoa, that’s the best I’ve looked.’

“It was a standup fight for the most part and I outstruck Sergio Pettis,” Benavidez continues. “I was the first person to ever do that in the UFC. I was also the only person to grapple in the fight, so I don’t know where I lost the fight. It was close, but it shouldn’t be that close. I have the skills to not make it a split decision, to not make it a competitive fight. I was a little overanxious to get back in there and I didn’t fight like the veteran I was; I was more like the excited young kid being able to fight again. I was just having so much fun fighting.”

He was hoping to have more fun in Denver earlier this month, but Ray Borg was forced out of the bout due to injury. So here he is in his hometown of Las Vegas to face Perez. It’s still an important clash between contenders to close out the year, but Benavidez isn’t about to lose that smile on his face. He’s here, he’s top five in the world, and he’s exactly where he wants to be. He’s come a long way from wearing Target shorts on fight night.