When it came time for UFC bantamweight Petr Yan to settle on a label, he decided to go with the mindset he has for each fight: “No Mercy”. Through three Octagon performances the 11-1 fighter has definitely lived up to that moniker.

And he knows it too.

“Well it's just my style of fighting,” Yan said. “I'm not forcing the finish, but if I see the opportunity to finish the fight I will take it. And if my future opponents are getting intimidated while looking at my fights then so be it, I have my own path and if there's anyone standing on my way - it may end badly for them.”

In his UFC debut he hunted down and finished Team Alpha Male product Teruto Ishihara in the first round. And in his second fight, which took place in Yan’s home country of Russia, he dominated an insanely tough Jin Soo Son on his way to a unanimous decision victory.

At UFC 232 Yan faced Douglas Silva de Andrade in his first ever match-up with a ranked opponent. It was the most impressive performance of Yan’s young career, as he unleashed a ferocious and relentless attack that ended with Andrade’s corner stopping the fight.

Yan is well aware that the transition from the new kid on the block to having a solidified spot in the top 15 doesn’t mean that he’s finished growing.

“When I was fighting in the UFC for the first time, the best MMA promotion in the world, I was nervous I wasn't as strong mentally,” Yan said. “I felt a lot of pressure. But with each fight I'm getting better physically, mentally and technically, I'm gaining experience. So now I'm more confident, but I also understand that I can't get cocky and overconfident, I need to keep working hard and improving.”

That “just getting started” mentality combined with his no mercy fighting style makes Yan one of the most dangerous fighters in the bantamweight division. He expects to display some of those improvements at UFC Prague when he faces his toughest competition yet in John Dodson.

Yan understands the test that is in front of him and that’s why he wants to defeat Dodson in convincing fashion. 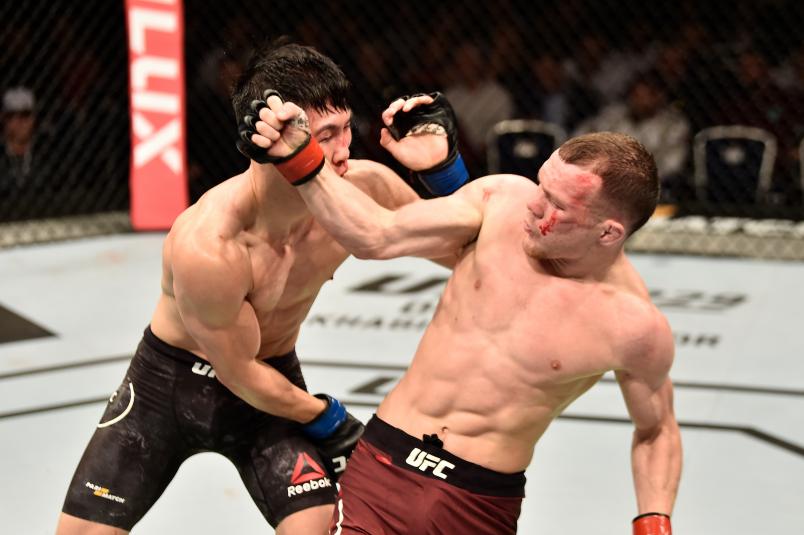 “I think I can finish him anywhere,” Yan said. “I can knock him out or submit him. But I'm just focusing on getting the victory in the most dominant fashion to show that I'm here for a reason.”

That reason is to announce that Yan is no longer a top prospect and that in just under a year, he is ready to be in the contender conversation.

In terms of personality, Yan and Dodson couldn’t be any more different from one another. Dodson is outspoken and goofy at times while Yan is almost always quiet and serious. Yan stays calm and collected because he feels that the Octagon is the place where he can let his devastating pressure and power do the talking.

“In the past I was very aggressive and fierce on the streets, I was spending my energy there,” Yan said. “Now I'm a professional, it's my job, I've matured a lot and I understand that I need to put my energy in my professional fights. So outside of fighting I'm calm but inside the cage I'm facing guys who are there to beat me, so I need to be aggressive to break them physically and sometimes even mentally.