Nikita Krylov was 21 years old when he crossed the threshold into the Octagon for the first time, taking on Australian veteran Soa Palelei in a heavyweight contest that closed out the Facebook prelims at UFC 164 in Milwaukee, Wisconsin. He’d been a professional for all of 13 months when he made the walk to the cage inside the BMO Harris Bradley Center, carrying a 14-2 record, with all of his victories coming by way of stoppage, into his UFC debut.

A few things were immediately apparent on that August evening in the Midwest.

Though unpolished, Krylov’s raw talent was obvious, as was the fact that he was undersized for the heavyweight division. He weighed in the day before at 236 pounds, but stretched out over his six-foot-three frame, the Ukrainian newcomer was considerably smaller than Palelei, who stands six-foot-four and cuts down to the heavyweight limit. Coupled with his edge in experience, Palelei’s size and strength advantages played a part in the outcome, as Krylov landed on the wrong side of a third-round stoppage in a wildly entertaining fight.

After registering his first UFC victory five months later, Krylov relocated to the light heavyweight division, where he was dropped in against streaking former Strikeforce standout Ovince Saint Preux, who put Krylov’s inexperience on full display, putting him to sleep with a Von Flue choke just 89 seconds into the first round of their UFC 171 encounter.

“I can say that the defeat against Ovince Saint Preux taught me how to execute a Von Flue choke because before this fight, I didn't even know that such a submission existed,” Krylov said through a translator, reflecting on his early career inside the UFC cage as he readies to take on former title challenger Glover Teixeira in the co-main event of this weekend’s return to Rogers Arena in Vancouver, British Columbia, Canada. 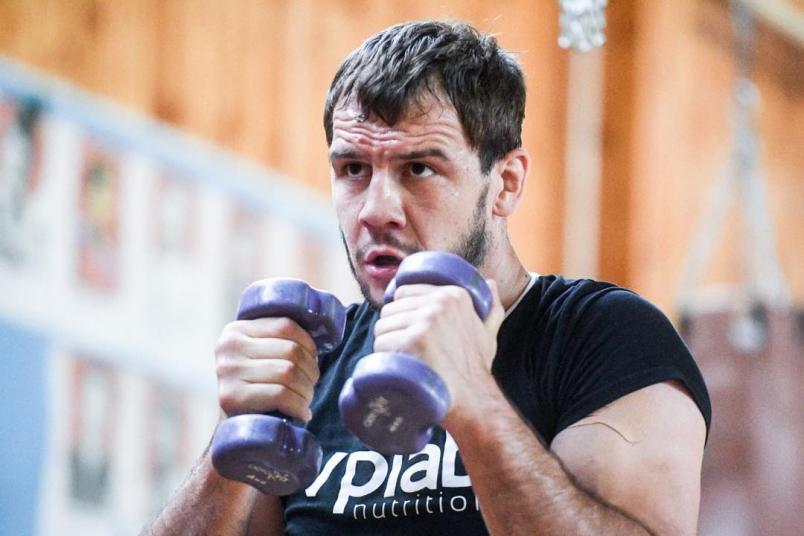 “I didn't fully understand (the significance and scope of things) when I started to compete,” he added. “They just told me that you can fight in the U.S. for money, and I agreed. When I was a young guy, I lived near Donetsk and traveled around the region in search of adventure, looking for a fight. Then they offered for me to go and fight in the United States, and I agreed. Overall, I think that everything went pretty well.”

It’s a fair assessment, given the dynamics of his first run fighting under the UFC banner.

Following his loss to Saint Preux, Krylov rattled off five consecutive victories, bookending a trio of submission finishes with knockouts of Cody Donovan and Ed Herman. The two-year run of success showcased the young upstart’s development and validated the early projections of his potential while positioning him for a showdown with fellow emerging contender Misha Cirkunov at UFC 206 in Toronto.

Pegged as a bout that would catapult the winner into the Top 10 and position him to face more established foes in 2017 and beyond, Krylov again came up short, getting stuck in a guillotine choke late in the first round.

The bout proved to be the end of Krylov’s initial tour of duty inside the Octagon, as the fighter and the organization decided to part ways, with Krylov embarking on a four-fight, 21-month sabbatical before returning to face Jan Blachowicz in the penultimate bout of the company’s first event in Moscow last September. 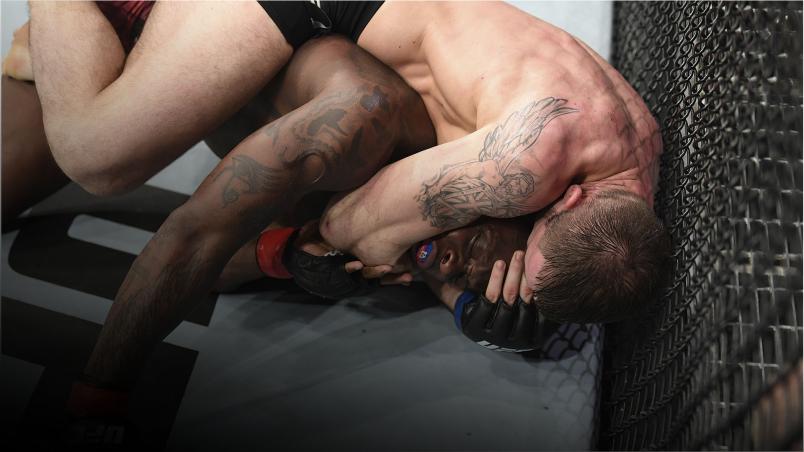 Nikita Krylov of Ukraine attempts to submit Ovince Saint Preux in their light heavyweight bout during the UFC 236 event at State Farm Arena on April 13, 2019 in Atlanta, Georgia. (Photo by Josh Hedges/Zuffa LLC

Krylov submitting OSP in their rematch at UFC 236, 2019 (Photo by Josh Hedges/Zuffa LLC)

That fight, like his last appearance inside the UFC cage, ended in a submission loss, as the Polish contender secured a second-round arm-triangle choke victory, spoiling Krylov’s return to the Octagon and first opportunity to compete in Russia on the biggest stage in the sport.

“I was very disappointed with my previous performance because I got the co-main event in my UFC comeback, I fought for the first time in Moscow and I lost,” said Krylov, who went 4-0 with four finishes, including a second-round knockout of former UFC staple Fabio Maldonado to win the Fight Nights Global light heavyweight title, during his time away from the Octagon.

Seven months after falling to Blachowicz, Krylov got back into the win column by gaining a measure of revenge against Saint Preux, submitting the former interim title challenger in the second round of their rematch at UFC 236.

“The second fight with Saint Preux was a very exciting moment for me,” said Krylov, who pushed his record to 26-6 overall with the victory.  “I got to show what I can do when I'm in good shape.

“My preparation before this fight was one of the most expensive in my career. Had I lost, it would be very difficult because I wouldn't really know what could be improved. Plus, for me, he remained the man who once beat me and (avenging that loss was) important. He fought with Jon Jones for five rounds, defeated Tyson Pedro and I'm glad that I was able to beat Ovince in our rematch.”

Saturday night on the West Coast of Canada, Krylov gets another opportunity to share the cage with a stalwart in the UFC light heavyweight division as he squares off with Teixeira in the last bout before headliners Donald Cerrone and Justin Gaethje set the Octagon ablaze.

Not only is it a crucial contest in terms of the divisional hierarchy in the ever-shifting 205-pound weight class, but it’s also an opportunity for the now 27-year-old Krylov to take that next step forward in his career and clear the hurdle that has tripped him up twice before. 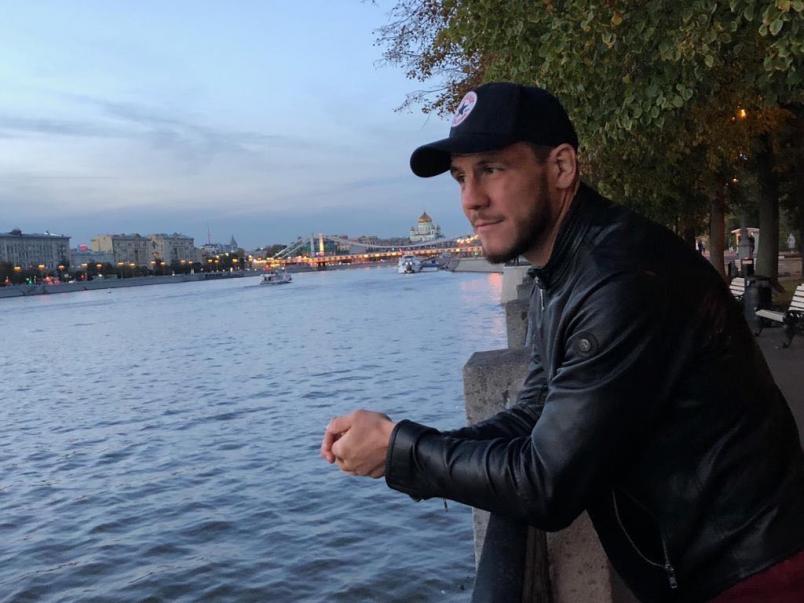 “I do not want to make excuses, but in the last two defeats there were specific reasons, and I know them,” he said, alluding to his losses to Blachowicz and Cirkunov, who faces Australian up-and-comer Jimmy Crute on Saturday’s fight card. “Of course, I try to improve as a fighter, and I would be interested to train in the United States (at some point in the future), but I think I understand (what went wrong) and where I need to add.

“Teixeira is older than me and I think that I will be physically stronger, but I also saw what kind of shots he endured in the fight with Jon Jones and how he can knock his rivals out,” he said of the Brazilian veteran, who enters Saturday’s contest on a two-fight winning streak. “He is a tough opponent and it’s always difficult to fight with those who have powerful hands and who are not afraid of the fight going to the ground.

“I think I will need to move more and hit a lot from a distance in order to exhaust him.”

A little over six years after making his first walk to the Octagon as a raw talent, Saturday’s bout with Teixeira will mark the 12th time Krylov has stepped between the eight chain-link walls to compete under the UFC banner.

He’s more than settled in at light heavyweight and added polish to the diverse, dangerous skill set that was unrefined, but clear for all to see on that summer night in Milwaukee against Palelei.

“I’m only approaching my athletic prime and I already have more than 30 professional fights, which is great experience,” said Krylov.

It’s taken some time and there have been bumps in the road, but now, for the first time, it feels like the talented Krylov is ready to make a run toward the top of the light heavyweight division.