As the inaugural recipient of the Forrest Griffin Community Award, Dustin will receive a $25,000 donation to the charity of his choice. All donations are courtesy of Toyo Tires.

“I’m just grateful for the things we have accomplished with the foundation, the way it’s growing and the support and people getting behind it,” Poirier said after being surprised with the award following the UFC Vegas 4 weigh-ins. “It’s amazing that when you do something from the heart, something that means something to you and you do it the right way, all the right things fall into place. These things are forced they are just happening.”

Dustin will be honored for this award later this year during the 2020 UFC Hall of Fame Induction Ceremony, presented by Toyo Tires®, which will be streamed live on UFC FIGHT PASS®. 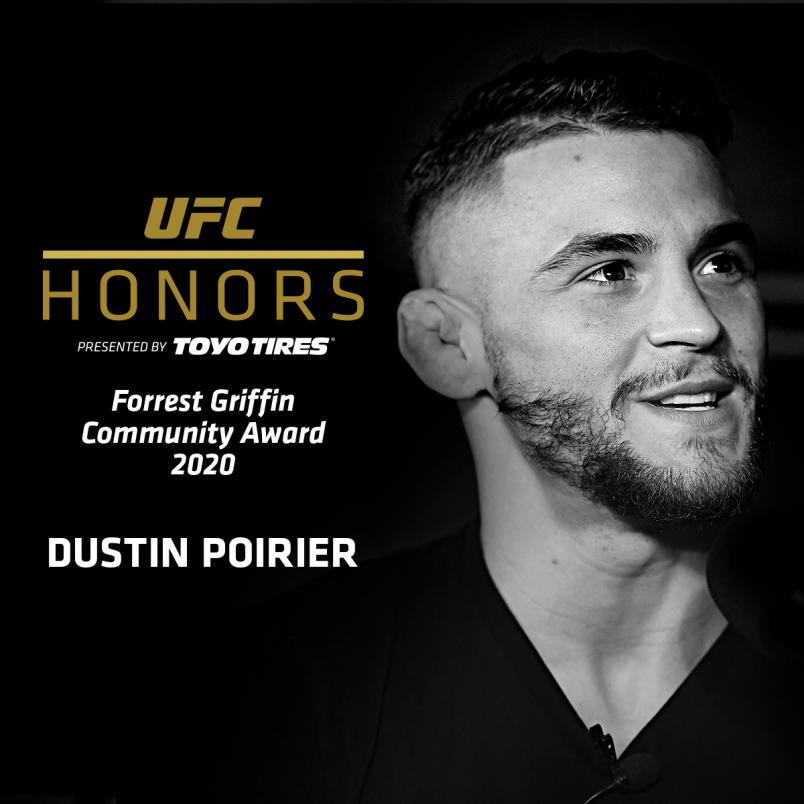 “Dustin is a great athlete, but more importantly he’s a great human being,” UFC President Dana White said. “He is a kid who works hard and is passionate about giving back to not only his community, but to those who are less fortunate.”

“We would like to congratulate Dustin on being selected as the first-ever Forrest Griffin Community Award recipient,” Toyo Tires Vice President of Marketing Tom Chaney said. We admire and commend Dustin for his efforts to support his local community and are pleased to donate $25,000 to the charity of his choice.”

“I’m so happy people like him are in the sport. He’s such a good person and such a good representative of the sport," UFC Hall of Famer Forrest Griffin said. "As he looks back in his life this is something he can reflect on and be proud of. I couldn’t ask for a better spokesperson and leader to start off the award’s legacy.”

In April 2018, Dustin and his wife, Jolie, established The Good Fight Foundation, with the mission of being committed to helping those in need and to fighting to change the world by doing positive things in the community. 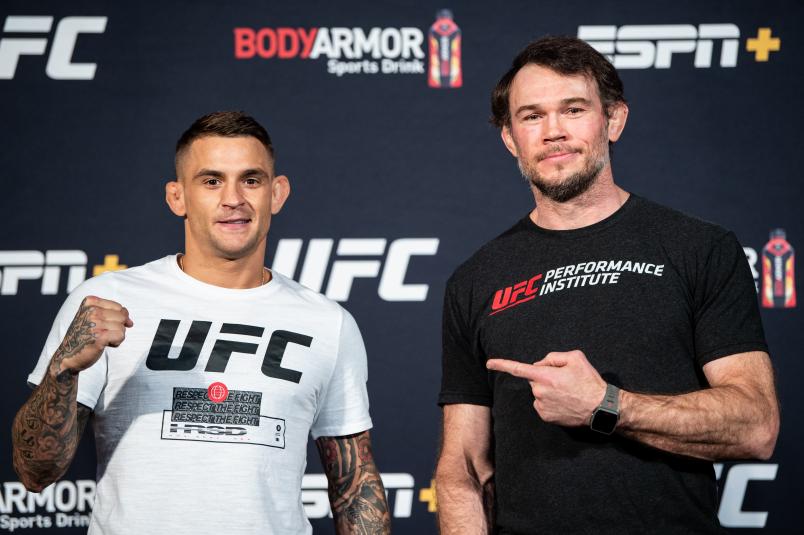 Throughout the first two years of the foundation’s existence, the Poiriers have launched a series of initiatives for those in need throughout their hometown of Lafayette and neighboring Acadiana, Louisiana. These programs include annual Thanksgiving food drives, back to school campaigns, and fundraisers to help purchase necessity kits for hundreds of women experiencing homelessness, as well as furniture for local shelters.

Dustin has also utilized his fight-worn UFC Fight Kits, auctioning off his inventory of apparel to raise donations for families of fallen law enforcement officers, and building a local playground for Aaron Hill, a terminally ill seven-year old of Lafayette. Hill, diagnosed with a genetic brain disorder, requested to have a special needs playground built for his friends who attend Prairie Elementary School.

In May 2019, he was awarded with the key to the city of Lafayette by Mayor Joel Robideaux for his work with The Good Fight Foundation and his contributions to the community.

Following his most recent fight in September 2019 against UFC lightweight champion Khabib Nurmagomedov in Abu Dhabi, Nurmagomedov and Poirier each raffled off their fight-worn UFC Legacy Series Walkout Jerseys, raising more than $100,000 with a direct match from UFC, totaling $200,000 donated directly to the foundation. 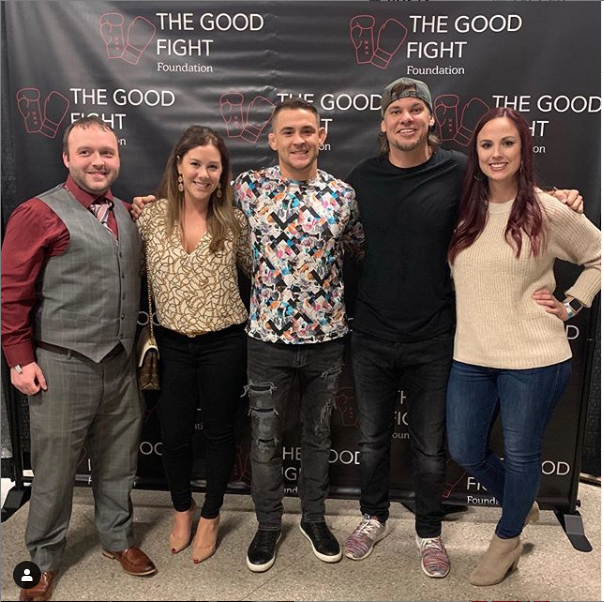 The funds generated from this global auction helped purchase hundreds of car seats, which were donated to the Women’s and Children’s Hospital of Lafayette. Later that year, Poirier and his foundation also partnered with former UFC heavyweight Justin Wren’s “Fight For The Forgotten” organization. As part of this joint partnership, Poirier and Wren were able to use the funds raised and the platform to combat the water crisis in Uganda. During the campaign, they exceeded their fundraising goal of purchasing new water wells, and also secured 43.21 acres of land and a solar powered water well to create a more self-sustainable living environment for the Batwa Pygmy Tribe.

This year, Dustin and his team have stayed active in the community with relief efforts associated with COVID-19 by donating more than 1,000 meals to frontline healthcare workers at local hospitals and clinics.

Dustin also hopes that The Good Fight Foundation can be resource for other athletes looking to pursue charitable work in their communities.

“If they don’t have the stuff to do it, we can run their stuff and we can auction off through The Good Fight and we would love to help them put together things that mean something to them in their local communities,” Poirier said. “I’d love to give this foundation branches to work with as many athletes as possible to see how many people we can help because that is what it is all about.”