Hooker, who hails from Auckland, along with his team at City Kickboxing, welcomed Felder and his team on Tuesday with a Pōwhiri on Māori meeting grounds. A Pōwhiri is a special opportunity for visitors to witness Māori traditions in action.

The ceremony began with a challenge from the hosts to Felder, to determine if he and those with him were friend or foe. The warriors laid down a small branch, which Felder picked up to indicate that he and his team came in peace. 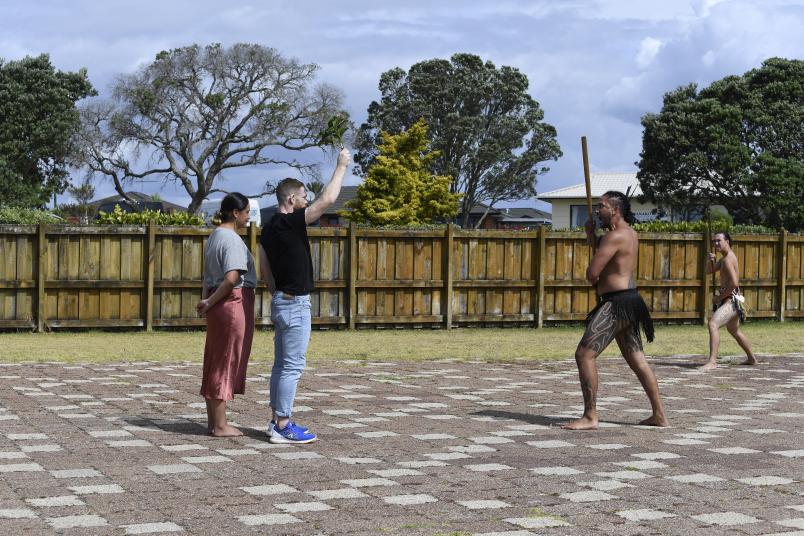 Felder and company than received a call of welcome from the host and moved into the ancestral house. Upon moving into the ancestral home, Felder and his team were greeted by Hooker and the rest of City Kickboxing, which included UFC middleweight champion Israel Adesanya, UFC featherweight champion Alexander Volkanovski, UFC flyweight Kai-Kara France and UFC lightweight Brad Riddell.

The two sides both delivered speeches and performed songs to acknowledge the gathering and solidify the respect between the two groups.

To finish the formal proceedings, each individual performed a hongi – the ceremonial touching of noses. Afterward, the entire group shared food as a tradition of Māori hospitality.

The ceremony was exactly the type of thing that Felder wanted to use as fuel heading into his battle with Hooker.

“There’s no better way to get you into the mood for fight night than being a part of this ceremony and getting to even greet your opponent like that and take them in and stare him in the eyes,” Felder said. “I’m just honored to be here, and this really makes me feel like this is a special event that I’m part of.”

Participating in the Pōwhiri was something that Hooker knew would be special and provide him with energy as he prepares to headline this event in front of his people.

“I’m a man of respect and it’s all about respect, and I respect the Māori so much that whatever we have between each other we put that aside because I respect the Māori culture,” Hooker said. “It’s amazing to be a part of the opening process and to welcome the UFC and welcome the foreign fighters and let them know that they have a place here and a home here in New Zealand.”

Make sure you tune into UFC Auckland: Felder vs Hooker on ESPN+ to watch these two lightweights throwdown. The main card begins at 7pm/4pm ETPT and the prelims start at 4pm/1pm ETPT.