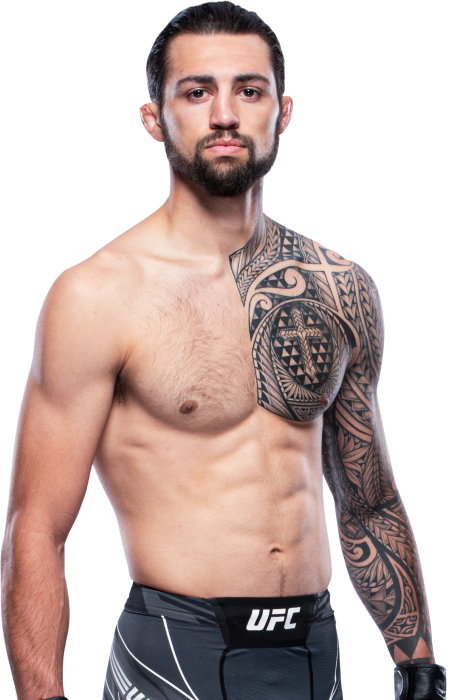 Dana White's Contender Series, Season 3
Episode five (7/23/19) Kirk was stopped by Billy Quarantillo via strikes at :22 of the third round

When and why did you start training for fighting? My dad and uncle have been watching the UFC since the very beginning (literally UFC 1). After seeing Royce Gracie run through the competition, my dad put me into Brazilian Jiu-Jitsu at the age of four years old. Growing up, I trained on and off and decided to start taking it seriously at the age of 14. I made my amateur debut at 17 and turned pro at 19.
What ranks and titles have you held? 2X IBJJF world champion, black belt in BJJ
Do you have any heroes? BJ Penn was one of my heroes growing up. I loved how he represented Hawaii and I admired his mentality and willingness to fight anyone at anytime. However, for my entire life, my biggest hero has always been my dad.
What does it mean for you to fight in the UFC? It means that everything my family, coaches, friends and supporters have invested in me was not for nothing. It means that I finally have the chance to prove myself on the world’s largest stage for MMA.
Did you go to college and if so what degree did you earn? Man, I barely made it through high school. (Laughs) But after my sophomore year of high school I switched to online high school to focus on training and pursuing my MMA dreams.
What was your job before you started fighting? I taught fitness classes at a senior resort.
Specific accomplishments in amateur competition? I went undefeated as an amateur, finishing all of my opponents in the first round with the exception of one opponent who I finished in the second.
Favorite grappling technique: The one that makes them tap.
Favorite striking technique: The one that knocks them out. 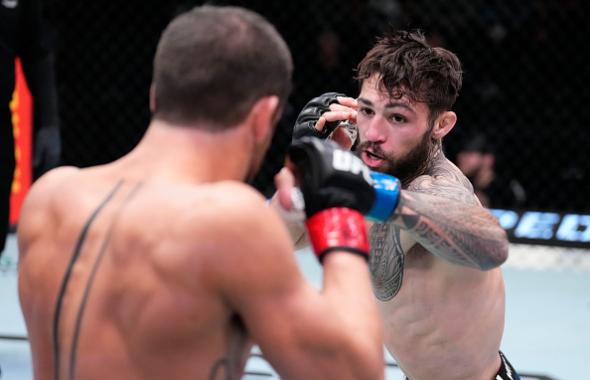